I have believed in miracles all my life. Optimists are just born that way. My favorite saying is, "You Never Know." Because it's true. There is just no knowing for sure how each day will turn out. Hope springs eternal!

Today has been a marathon of miracles. Since the end of June 2015, on my last day of work, praying that "something" would present itself and fretting over what I was to do, I have been awaiting my miracle. The answers and potential have been ebbing and flowing over the past months. But today, LIFE!

First, an email came in this morning from a client whom I have been waiting on for nearly a month. This is like the dream client and you can't rush dream clients. This is a big deal! The email said they were interested in starting a pilot program! I am so excited.

That email came while in route to an early morning appointment with yet another big opportunity. That appointment also went great. There was good, common ground and no glazed-over eyes. (Glazed-over eyes: The kind of eyes that say "I am not interested in one word you are saying. Faces masked with pretend interest but with blank eyes, while you are pouring your heart out.) Those are the worst. But none of that here. The meeting ended with another verbal commitment for future work. Exciting!

Busy day today led to a third appointment where I really had to lay my heart on the line. I had to be completely real, explain clearly, and show my true heart for this ministry. Again, I was afraid to I would be met with glazed-over eyes but instead, I was met with the eyes of the Father. Eyes that saw the good in me. Eyes who believed and felt my hope and passion. Eyes who had seen me a few years back, broken, wounded, and seemingly in an eternal pit. Eyes now willing to hear my story and offer a hand to a nervous and scared Real Gurl.

God knows just how to bring things together. In the weeks leading up to today I was concerned that maybe I was on the wrong track. Glazed-over eyes can sure make you feel that way. When I come face to face with the glazed, bored look, I immediately know they aren't my peeps. Just like the storm troopers in Star Wars...the ones that are told by Ben Kenobi, "These aren't the droids you're looking for."  Not everybody is going to believe. Not everybody is going to get it. "Move along." 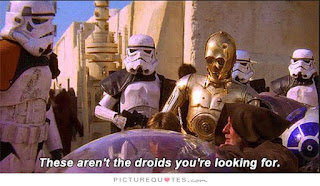 Today however, God showed me what He had been working on all along. I wasn't met with a masked storm trooper face. I was greeted with hope that can only come from God. Hope that is confirmed with the sun on my shoulders and a sweet breeze blowing my hair!

There is so much that has happened in the past couple of days that it truly is Miracle Madness...so many miracles that I can't enumerate them all. 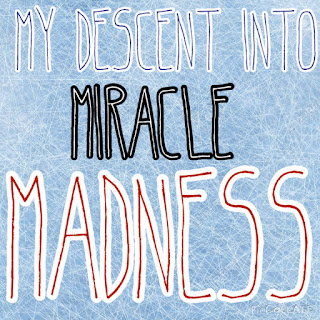 "Only someone real can see real." Lauren Woodbrook

It is truly my joy to serve as a facilitator and mentor for women's life change groups. Having experienced feeling "stuck" in life and going through a life change process myself, I feel called to help other women get un-stuck. I attended community college and pursued learning psychology. I learned and share a lot from The Genesis Process by Michael Dye. I am a hope-filled mentor, writer, speaker, and friend sharing my life, authentically imperfect, with others. I am also the proud mother of three successful grown-ups and grandmother to a beautiful baby gurl. Please feel free to contact me via any of the social media forums or use the mailbox or phone information all located on this page. I love hearing from you!