Diary Entry: I Saw Him the Other Day

There are things and people that come to mind, especially when the day is long and the night is dark. This is one of those times. The memories that I treasure make me smile involuntarily. Certain grins, SportsCenter being watched over the  morning cereal bowl, March Madness brackets, asthma kept hidden so the game could continue, and not getting home each weekday until 9 p.m. because we went to 3 different team practices after school. Oh yeah, and 3-pointers too!


If I go wayyyy back, there was the boy in the playpen at 9 months old, parked right behind the backstop so momma could keep the scorebook. Every single pitch over the plate that boy would grunt with the batter as he swung away. He started watching ball on t.v. about that time too.  He would stand mesmerized in front of the television in the family room. He grew up to be able to argue just about any sports statistic and when he started winning over his father, well, he was king, if but for a minute.


He was always a lover. He really had a heart connection with his momma. As we drove to daycare one day, he reached over to hold my hand and laced his fingers in mine. He looked up at me ever-sweetly and said, “Mom, my fingers are smiling.” Wow. My HEART was smiling.


When kindergarten came around, he was already choosing his own clothes and was always spot-on in his selections. He was also so prepared each morning, collecting any papers, homework, and eventually sports gear, to make sure he was ready for the day. He was ahead of his age bracket in his daily rituals.


I wasn’t the only one who felt this way. Each morning as our family van lumbered to the grade school to drop him off for kindergarten, the two older siblings and I would just sigh as we watched him walk in to the building. He was just so cool. I swear he was the one who started slinging his backpack over one shoulder and he was definitely the only one who could make a jean jacket with Mickey Mouse on the back look GQ. We were, and are still, his fans.


The time between grade school and now seems mostly filled with the world of sports. Even with asthma, he wanted to play every sport, every day, every time, every team. If memory serves me correctly (which it may not), he started running cross country in 4th grade. From there we added flag football, school soccer and club soccer, and of course, school basketball and two community basketball teams. He was busy from sun-up to sun-down and though he would be hungry and tired when he got home each night, he was having fun. Woe to the nights, especially in summer, when the organized activity waned, when he would find it difficult to sleep at night. His engine would rev and roar as he fought bursts of energy to fall asleep.


I can’t tell you much about the high school years. I did not get to be there for those. Another woman played the role of mom, and however that played out, I appreciate that he had someone in that role. I missed him terribly but I was in the fight for my life and did not make very good decisions. If I had my wits about me, he would have been with me. But that is another story, and quite possibly not mine to tell.


I CAN tell you that his high school basketball team, a small, private school team, won the state playoffs during his junior and senior year. I was able to make the trip to see the senior year playoffs. This was truly the highlight of those years for me. I made it to the arena and found my seat in an already crowded and noisy venue. The other team was warming up but his team was not on the floor yet. I sat, anxious but happy, watching for him. My eyes darted all around, diligently keeping lookout.


The other folks sitting in my row were all together.  There were about eight of them. The odd thing was they weren’t cheering for any particular team. They were locals and had the same seats for years. They just came for the fun of it. I made friendly talk with a couple of the ladies and the story of my long trip and player on a team soon made it down the row. Eventually, the entire row was cheering with me for his team. It was a great week.


Back to the warm-ups….His team finally dribbled in and parted into two lines to make shots and rebound. I finally saw him. He was dribbling but he wasn’t looking where he was going. His eyes were scanning the arena with about 12,000 seats and tons of noise and people scurrying about.


It didn’t take him but 10 seconds and his eyes met mine. There, in the gigantic arena, he found me. He did not know where my seat was or if I had even made it to the arena yet. But he found me. When he did, he gave me a little dip of his head to acknowledge me, and promptly ran up to make his lay-in.


It was a glorious, long-weekend, capped off by his team winning state and my entire row of basketball fans cheering so loudly with claps and whistles and hollers. This is a memory that hangs in my mind often.


After graduation from high school, the real disconnect began. It’s difficult to have conversations that are open and meaningful with a young adult but over the phone and long-distance has to be the worst. I found myself asking questions and talking about nothing important just to keep him on the phone for a little bit longer. It began to feel like an obligation to reach out to me, though he never acted that way or mentioned anything of the sort. He was always patient and polite, maybe a little bit disinterested, or maybe just uncomfortable. Our easy way between us had up and left.


Each call I felt a bit of my heart slipping away but without any power to stop it. He was going through tough times: college, home life, money, and jobs. Things that he did not always feel he could share with me. At that age boys are trying to be men. Leaning on your mother doesn’t quite fit that mold.


I should add, I probably wasn’t worth leaning on either. I was still dealing with my own demons and they would keep me pre-occupied for next ten years or so. I just couldn't be much help.


Then, this past summer, I saw him!
I was at the athletic club pool with my roommate and his 3-year old son. We go once a week to be out in the sun and to enjoy summer. I love to be tan, so I am mostly there for the rays.


I looked up rather nonchalantly and saw him, just going through the pool gate with a couple of girls. It was him! I would know those long legs, lanky, lean body, and messy blonde hair. He wore a basketball branded t-shirt and those long basketball shorts with the Jordan/Nike emblem on the lower leg with flip flops. As he passed through the gate, he held it open for the two girls, looking down on them and smiling at whatever they were saying. They moved down the sidewalk and my heart started yelling.


He will be 26 years old on his next birthday in January. I don’t think I have heard from him in about three years. Between the lines of all of the sweet and good of this story, there is also immeasurable brokenness, disappointment, misunderstanding, lack of communication, and downright awfulness. I couldn’t tell you exactly which one is the reason for the break in our relationship. I wasn’t given any kind of notification of a change or break. I just know it seems irretrievably broken. I no longer have a valid phone number for him and I no longer know his address. I could not fix this if I tried. It will take a miracle. 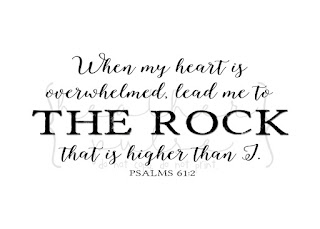 When the day is long and the night is dark, this is one of the stories that tells itself. It's on the DVR in my mind, ready to roll at a moment's notice.


One day, I was lamenting about my broken family, longing for a chance to make things right, just a chance to hear their hearts. As I spoke out loud I found myself saying, “There is just no way to fix this. There is too much pain, too much time gone by, way too many hurt feelings. How could this ever be made right? This is not something that just one person saying ‘sorry’ can fix. Only God can fix this.”


About that moment, I felt a nudge from God, saying, “Thank you. I will take it from here.” I felt silly behaving like I had any control whatsoever. I have to admit it and let it go.


I have no idea if I will live to see this relationship restored. All I can say is that I love him with all my heart. I beg forgiveness for my part in our broken family. I am sorry for any hurt I caused, whether it seemed intentional or unintentional. I do not hold anything against him. I only have love in my heart and hopes for the best. Perhaps one day he will remember some of the sweet and the good that we shared.
I think about it every single day. I will hope until forever, however I do believe that God knows best and I will always trust in Him.

"Only someone real can see real." Lauren Woodbrook

It is truly my joy to serve as a facilitator and mentor for women's life change groups. Having experienced feeling "stuck" in life and going through a life change process myself, I feel called to help other women get un-stuck. I attended community college and pursued learning psychology. I learned and share a lot from The Genesis Process by Michael Dye. I am a hope-filled mentor, writer, speaker, and friend sharing my life, authentically imperfect, with others. I am also the proud mother of three successful grown-ups and grandmother to a beautiful baby gurl. Please feel free to contact me via any of the social media forums or use the mailbox or phone information all located on this page. I love hearing from you!